The Hebrew word Kosher or Kasher, means fit or proper, and is food prepared in adherence to the dietary laws of Judaism known as Kashrut. These rules pursue the purpose of a purer diet to nourish the body and soul. They are important to the Jewish community and have a cultural, religious and spiritual background. Kosher food is not a cooking style, as many other cuisines from different cultures and traditions can be Kosher, as long as they are prepared according to the rules. The specified requirements (Kashrut) that must be followed are: 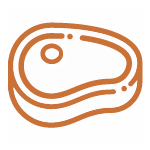 For an animal to be kosher, it must have cloven hooves and chew its cud. Examples of kosher meat varieties include: beef, veal, goat and lamb. Birds and poultry (that are not birds of prey) are also kosher, including chicken, turkey and certain types of duck, quail, and geese. 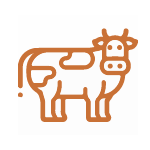 The animal has to be healthy with no disease or wounds. The consumption of the blood is forbidden and therefore completely extracted. Only a trained kosher slaughterer (shochet), whose piety and expertise have been attested to by rabbinic authorities, is qualified to slaughter an animal for kosher consumption. 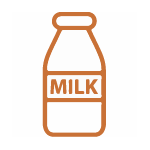 Meat can not be prepared, served or eaten with dairy. A kosher kitchen must have two different sets of utensils, one for meat and poultry and the other for dairy foods. For this reason, events and restaurants have a Meat Menu and a Dairy Menu. 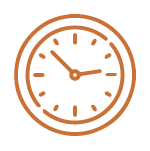 Milk products cannot be consumed after eating meat. There are different traditions for how long to wait between meat and dairy, but the most prevalent custom is to wait six hours. After eating milk products there must be a 30 minutes to an hour interval to able to eat meat.

Pareve foods contain neither milk nor meat, they are neutral. This category includes fruit, vegetables, grains, juice, eggs and fish.               However there are rules to be followed according to dietary laws such as: 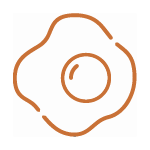 Eggs have to come from Kosher birds and if they contain blood spots, they must be discarded. 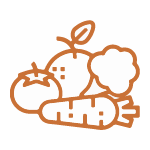 Every fruit, vegetable and grain must be   insect-free. 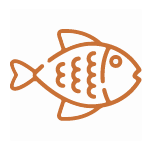 Kosher Fish must have fins and scales. 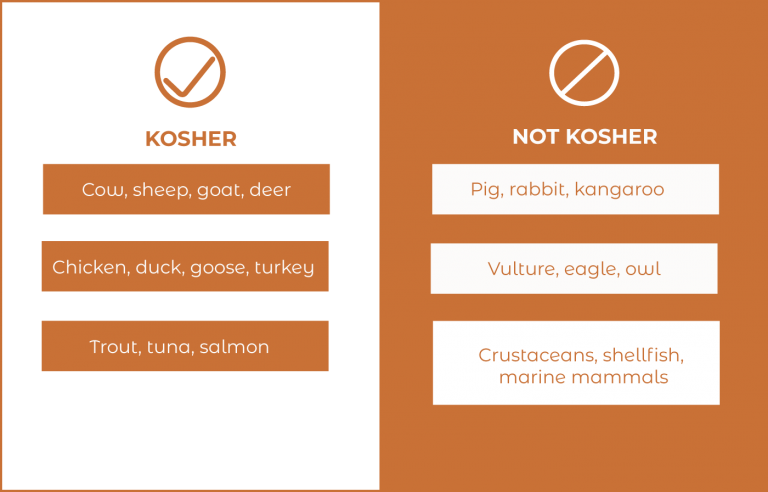 Do you say Kosher or Kasher? Truth is that both have the same meaning. The difference is in the pronunciation. Israelian hebrew is pronounced Kasher, while in the United States, Kosher. Both are correct.

Cholov Yisroel – milk that has been supervised by a rabbi throughout the milking process.

Hashgacha – Rabbinic supervision (by a mashgiach) designating food as kosher.

Kashrut – the body of Jewish religious laws concerning the suitability of food, the fitness for use of ritual objects, etc. They are important to the Jewish community and have a cultural, religious and spiritual background.

Kosher Style –refers to foods commonly associated with Jewish cuisine but which may or may not actually be kosher. It is a stylistic designation rather than one based on the laws of kashrut.

Mashgiach – an Orthodox rabbi, or a person appointed or approved by such a rabbi, whose responsibility is to prevent violations of Jewish dietary laws by inspection of slaughterhouses, meat markets, and restaurants where food assumed to be kosher is prepared for the public.

Mashgicha – hebrew for a female mashgiach.

Parves –  In kashrut, the dietary laws of Judaism, pareve is a classification of edible substances that contain neither dairy nor meat ingredients. Fruits, eggs, grains and vegetables are some examples.

Pesach – Passover, or Pesach in Hebrew, is one of the most important holidays on the Jewish calendar. It’s an eight-day (or seven in Israel) celebration commemorating the Jews’ redemption from slavery and Exodus from Egypt more than 3,000 years ago.

Sheva Brachot – The seven blessings, or Sheva Brachot as they are called in Hebrew, are the heart of the Jewish wedding ceremony. Seven different blessings are bestowed upon the couple when they are standing under the chuppah.

Shochet – a ritual slaughterer who skillfully practices shechitah, slitting the throat of the animal as per Torah tradition.